Chat with us, powered by LiveChat

A List of All the Known Cannabinoids Found in the Hemp Plant: Effects, Role and Legality

HomeBlogA List of All the Known Cannabinoids Found in the Hemp Plant: Effects, Role and Legality
January 5, 2020BlogNo Comments » 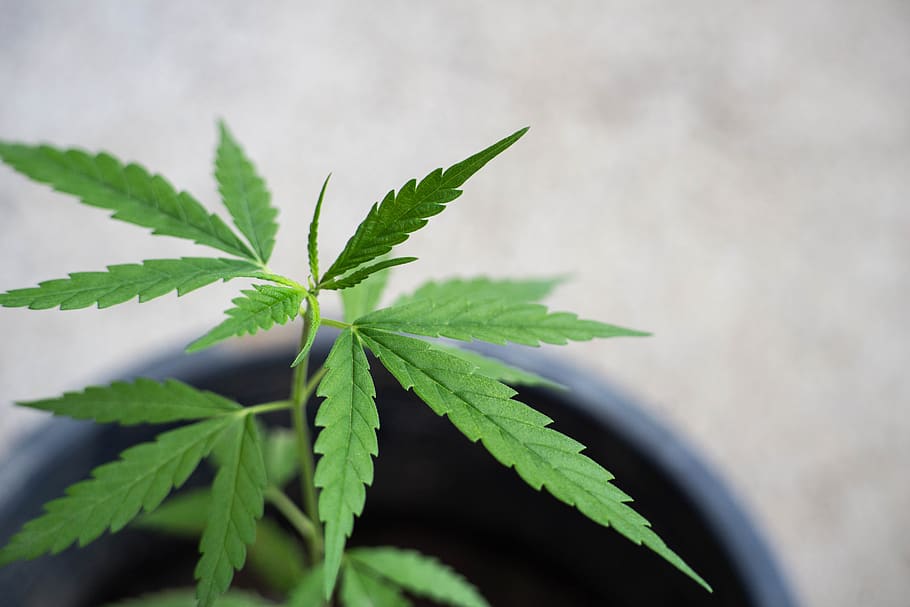 Since the legalization of American hemp cultivation with the 2018 Farm Bill,  interest in cannabidiol (aka CBD) is off the charts. Although CBD is center stage in the cannabis industry, that doesn’t mean it’s the only cannabinoid worthy of veneration. Indeed, scientists are still discovering dozens of fascinating compounds in cannabis that could be just as useful as CBD.

Below, we’ll explore a few of the major cannabinoids researchers have discovered in hemp thus far.

Let’s start this list with the elephant in the room: cannabidiol. Found abundantly in the hemp plant, CBD has become a superstar in health circles due to its non-psychoactive therapeutic properties. Conservative estimates suggest the CBD market could soar to over $20 billion in just a few years.

Many people claim CBD offers numerous therapeutic applications without the risks associated with the psychoactive cannabinoid tetrahydrocannabinol (THC). THC is the compound that gets users “high” and must be under 0.3 percent in hemp plants grown in the USA.

CBD is believed to be effective at improving one’s mood and helping users to relax. It may also act as a natural anti-inflammatory, although it is not approved for medicinal use by the FDA.

It should be noted, however, that CBD doesn’t always work its best in isolation. There’s a great deal of research that now suggests different cannabinoids work synergistically to produce a stronger effect. So, while cannabinoids like CBD work well on their own, some scientists believe future strains of hemp should focus on mixing various compounds to create a more potent experience.

As a side note, CBD is not naturally produced in the cannabis plant. Instead, all cannabinoids like CBD have to be activated in a process known as decarboxylation, which basically refers to exposing cannabis to extremely high temps or UV lights.

What is present in the natural hemp plant, however, is an interesting compound known as cannabidiolic acid(CBDA). After decarboxylation, it’s this inactive CBDA that becomes the active form of CBD we all know about today.

Interestingly, some scientists believe CBDA could be even more effective than CBD at treating certain issues. The reason for this, they argue, is that CBDA retains greater purity by not having to go through the heating process. Also, CBDA is easier on the lungs, which makes them ideal for people who have compromised respiratory systems.

CBDA is most often found in a tincture form, but it could also be incorporated into many edibles, soft drink products, and even salad dressings.

Since everyone nowadays has CBD on the brain, they sometimes mistake the cannabinoid cannabinol for cannabidiol. Yes, these two compounds have a similar name, but cannabinol (aka CBN) is a distinct cannabinoid with its own unique properties.

Interestingly, CBN is produced from oxidized THC. Although CBN is derived from THC, it hasn’t been shown to be psychoactive in lab studies. Today, there are many cultivators who specifically let their cannabis plants grow past their prime to make CBN-rich products.

THC, of course, is only found in trivial amounts in hemp. This is why most researchers interested in CBN use marijuana plants to study this cannabinoid’s properties.

The area where CBN really shines is as a sedative. Indeed, most of the research into CBN right now has to do with its potential to assist with sleeping disorders like insomnia. CBN might, however, be able to help with other conditions like chronic pain and poor appetite. As of right now, there is insufficient scientific evidence to support this and studies are ongoing.

The reason CBGA is so important is because it’s the originator of tetrahydrocannabinolic acid (THCA) and cannabidiolic acid (CBDA). That’s right: without CBGA, there’d be no THC or CBD!

As cannabis plants mature, the original CBGA usually gets broken down by various enzymes and transforms into THCA, CBDA, or a few other acids. This means the more CBD your hemp plant has, the less CBG will be available at the end of the harvesting process.

In order to get more CBG from cannabis, a few cultivators nowadays are deliberately cutting plants in the budding phase. Cutting cannabis plants at this early stage of development usually results in a higher yield of CBGA, which can then be converted to CBG through heat exposure.

So, why would anyone want to extract CBG? Well, for starters, a better understanding of CBGA could help cannabis growers. Since CBGA is the precursor to so many highly sought-after compounds, studying CBGA’s structure could help create plants with higher amounts of specific cannabinoids.

On top of that, CBG shows great promise as a cure for a few medical conditions. For instance, a few tests show CBG could relieve pressure in the eyes.

Generally, plants that grow in tropical regions produce higher amounts of CBC than cannabis in cooler climates. No matter where cannabis is grown, however, it usually has at least 1 percent CBC content.

Scientists believe CBC could be helpful for people suffering from deep emotional anguish. When paired with CBD and THC, CBC appears to have a positive effect on a person’s mood.

Unfortunately, we don’t know a whole lot about the cannabinoid cannabicyclol (CBL) at the current moment. We do know, however, that this cannabinoid grows especially well on cannabis plants that have been left to age for a long time. Cannabis historians also note that older strains of cannabis discovered in Pakistan and China have especially high traces of CBL.

So, what exactly does CBL do? Well, according to the latest research, not very much. One major study on CBL found that at low doses CBL had no discernable effect on a group of rabbits. In extremely high doses, however, CBL caused both of these bunnies to pass away prematurely. More recent research into CBL’s properties, however, suggests it could potentially be used as an anti-inflammatory.

Suffice it to say, scientists have a lot of work to do exploring the prospective uses and potential dangers of this mysterious compound.

Nobody knows for certain how many cannabinoids there are, but recent estimates suggest there are well over 100. While CBD will probably always remain the most prominent cannabinoid in hemp, there are plenty of other fascinating compounds that have great potential. Hopefully, this article has helped you gain a better sense of the complexity of the cannabis plant and how different cannabinoids could be used for very different purposes.

We offer a wide assortment of wholesale CBD hemp flowers for sale.